Introduction of IOT (Internet Of Things) | Why IOT is future of technology field?

Hello folks.Before getting into Introduction of IOT(Internet of Things), I want to ask  how are you all ? I hope you all are doing fine in this pandemic situation of COVID-19. This pandemic gave us a great chance to working on something we wanted to working on for a long time. Yes, I am talking about various skills like…

Once again, I remind you about the topic I am going to talk about in this post. I will give you some brief history and introduction about IOT

Lets define Internet of Things first. If I say in general that IOT  which is also known as Internet of Things is basically a system which can be controlled without your presence at location of system or we can say that  IOT is one type of Automation system. You can automate your home, your office and various location with help of Internet of Things. The definition of IOT is as per below:

” Internet of things (IoT) is a system of interrelated computing devices, mechanical and digital machines provided with unique identifiers (UIDs) and the ability to transfer data over a network without requiring human-to-human or human-to-computer interaction”

now let us try to understand the definition in the simple way. Basically it is being said that IOT is a set of program which is implied on a system of appliances like Air conditioners , Fans , Tubelights , Music systems etc. now you all will think that Amazon Alexa also do all this things  but to clarify that Amazon Alexa, Siri all are one kind of combination of Artificial Intelligence and Internet of Things.

If you are a Marvel fan, then you will know that Ironman has his personal A.I named Jarvis and in further time like Friday and all.If you have seen Ironman movies you all will get work of Jarvis and Friday is a combination of IOT and A.I.

Now here is a introductory video for Internet of Things:

Hoping that after watching this video your confusion or any query would be solved but if you needed any more materials or knowledge regarding Internet of Things, you can tell me in comments or you can contact me from our about us page.

Now further going in this extraordinary topic let us dig up in some historical facts:

In short, IOT has history of more than 100 years,so if you want to find more historical facts, feel free to contact me .

Let us see some applications of Internet of Things:

The extensive set of applications for IoT devices is often divided into consumer, commercial, industrial, and infrastructure spaces.

For more deep knowledge you can visit this website too.

So I am hoping after reading my article on Introduction of IOT, you have got some new knowledge in field of technology.so for more freshly brewed content,keep checking Nerdy helper. 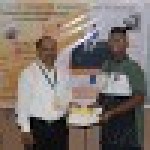 24 thoughts on “Introduction of IOT (Internet Of Things) | Why IOT is future of technology field?”